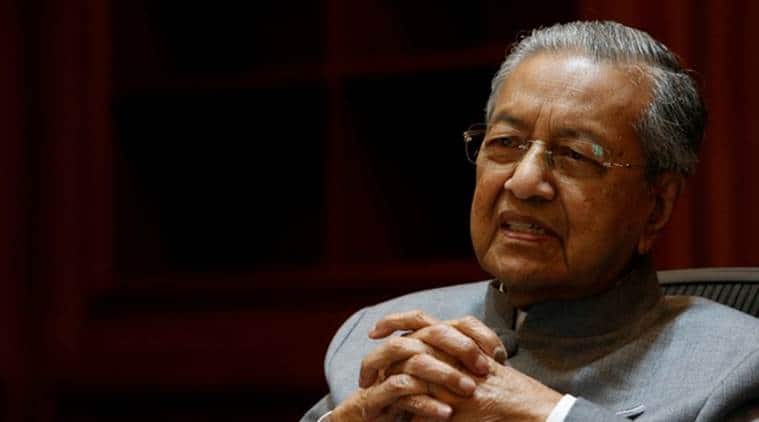 India on Saturday lodged a strong diplomatic protest as officials of the Ministry of External Affairs (MEA) summoned the Malaysian Charge d’Affaires in Delhi and conveyed displeasure over Malaysian Prime Minister Mahathir Mohammad’s remarks on the Citizenship (Amendment) Act.

This came on a day when two Malaysian political leaders — belonging to the ruling coalition led by Mahathir — slammed the Malaysian PM over his comments on the amended citizenship law.

On Saturday, government sources said the “Malaysian Charge d’Affaires was summoned to the MEA today, in order to lodge a solemn protest over the remarks made by the Malaysian PM in Kuala Lumpur at the press briefing. It was conveyed that such remarks are neither in keeping with accepted diplomatic practice of non-interference in each other’s internal affairs, nor with the state of our bilateral relations. It was also conveyed that such remarks are both ill-informed and insensitive. Malaysia was asked to take a long-term and strategic view of the bilateral relations,” the source said.

On Friday, the Malaysian Prime Minister spoke out against the amended citizenship law, saying “people are dying” because of this law. New Delhi was quick to reject the comments as “factually inaccurate”, and called upon Malaysia to refrain from commenting on internal developments in India.

While talking to reporters after visiting the media centre at the Kuala Lumpur Summit on Friday, the Malaysian PM said, “I am sorry to see that India, which claims to be a secular state, is now taking action to deprive some Muslims of their citizenship.”
“If we do that here, you know what will happen. There will be chaos, there will be instability and everyone will suffer,” he said in Kuala Lumpur.

“Already, people are dying because of this law, so why is there a necessity to do this when all this while, for 70 years almost, they have lived together as citizens without any problems,” he added.

Reacting to these comments, the Ministry of External Affairs had said on Friday, “The Prime Minister of Malaysia has yet again remarked on a matter that is entirely internal to India. The Citizenship Amendment Act provides for citizenship through naturalisation to be fast-tracked for non-citizens who are persecuted minorities from three countries. The Act does not impact in any manner on the status of any citizen of India, or deprive any Indian of any faith of her or his citizenship.”

“Therefore, the Prime Minister of Malaysia’s comment is factually inaccurate. We call upon Malaysia to refrain from commenting on internal developments in India, especially without a right understanding of the facts,” the MEA statement had said.

On Saturday, Penang Deputy Chief Minister II Dr P Ramasamy and Bagan Dalam assembly member Satees Muniandy criticised the Malaysian PM for these comments. Both have been critical of the presence and comments by controversial Islamic preacher Zakir Naik, who is wanted in India by law enforcement agencies.

Ramasamy wrote in a piece in Free Malaysia Today, “Prime Minister Dr Mahathir Mohamad may not have really understood the purpose of the new amendment to the citizenship law in India. I think he overreacted by saying that India should not deprive Muslims of their citizenship.”

“Mahathir may have been busy and may not have had time to understand why the new law was introduced in the first place. That could explain why he responded without checking the facts,” Ramasamy wrote.

This is not the first time that Mahathir Mohamad has commented on developments in India. His comments on the government’s move to revoke special status to Jammu and Kashmir has been perceived negatively in New Delhi.

In September, Mahathir had said at the UN General Assembly that India had “invaded and occupied” Kashmir, a disputed Muslim-majority region also claimed by Pakistan. The MEA spokesperson Raveesh Kumar had then “deeply regretted” the comments and had said that they were not based on facts.

Villagers in Shani Shingnapur, a village with no doors now want change CDS can serve up to maximum age of 65 years: Govt amends rules