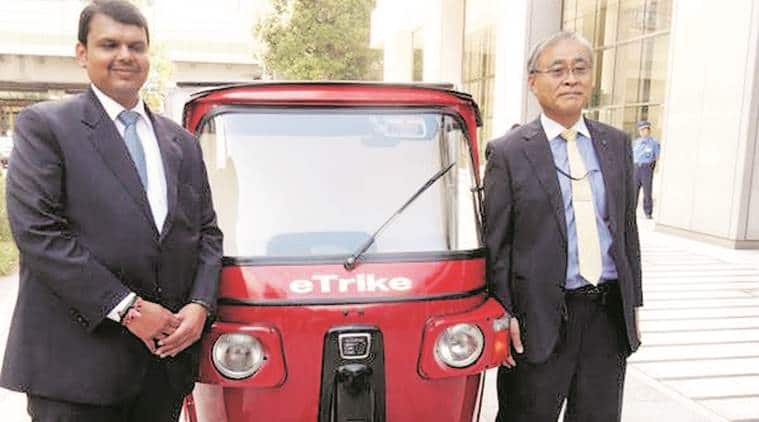 Several Japanese companies have expressed interest in working in the state, supporting the government’s Make in Maharashtra initiative to fast-track industrial growth. The special focus will be on development of infrastructure, ports, and promotion of culture and tourism.

The Maharashtra Industrial Development Corporation (MIDC) and Mizuki Bank signed an MoU Saturday to accelerate Japanese companies’ efforts to promote economic expansion in India and particularly in Maharashtra. The Japanese companies handed over the letters of intent to Chief Minister Devendra Fadnavis, who was on a five-day tour of the country.

Officials part of the CM’s delegation said Mizuki Bank had some of the biggest Japanese companies listed, which were now looking forward to investing in Maharashtra.

On the concluding day of the visit, Fadnavis focused on business discussions and partnerships in development of ports and the automobile sector.

A2Care, a pharmaceutical company that also manufactures water treatment products to supply clean river and dam water, too, is keen to enter Maharashtra, with its president Hiroshi Okamoto handing over an LoI to this effect to the CM.

The LoI given by Takeshi Washitani of A S BRAIN Co. Ltd offered to start hospitality, infrastructure and IT businesses in the state.

Fadnavis also visited the port of Yokohama, which handles 27 million tonnes of cargo. He reviewed the port operations and also called on Yokohama Mayor Fumiko Hayashi.

Later, he addressed a function organised by the Association of Friends of Japan, which agreed to work as the facilitating centre in that country to bring investment to Maharashtra.

The highlights of the tour were the Japan International Corporation Agency’s consent to two mega projects, Mumbai Trans Harbour Link and Mumbai-Ahmedabad Bullet Train via Nashik, and partnerships in Mumbai, Nagpur and Pune Metro rail projects.

In the tourism sector, Maharashtra and Japan have agreed to promote Ajanta and Ellora caves in Aurangabad and Lonar Crater in Buldhana district. The emphasis is on developing the Buddhist Tourist Circuit.