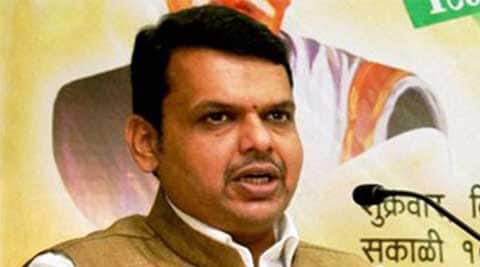 Maharashtra Chief Minister Devendra Fadnavis on Thursday lauded the Hindu Hriday Samrat title given to Bal Thackeray to win over the confidence of an unhappy Shiv Sena on one hand and recounted the failures of Congress-NCP in critical sectors in last 15 years.

Fadnavis displayed his political leadership in the ongoing budget session with a message that was loud and clear: “Main Hu Na..” In a ligher vein he said, “ My government promises ache din, achhi ratein.”

During a debate in the state Legislative Assembly on the Motion of Thanks for the Governor’s address, Fadnavis said, “Don’t judge my government on the basis of the first four months. But judge me through the commitment to socio-economic reforms which is being pursued with a missionary zeal to make Maharashtra a leading state in India.”

Fadnavis lamented that the problems that Maharashtra is facing are a result of the 15-year rule of Congress-NCP government in the state.

“You (Congress-NCP) have created the problems. We are trying to find answers,” said Fadnavis.

“People also know that mistakes of 15 years can’t be rectified in three-four months. This government will ensure transformation of the state,” he said.

Sensing the political challenges within the coalition, Fadnavis went extra miles to reiterate his government’s commitment to built a memorial of Bal Thackeray.

To silence his critics and also win over Sena, he said, “Even when we contested the assembly elections alone, every leader of the BJP including Prime Minister Narendra Modi acknowledged the leadership stature of Bal Thackeray in Maharashtra.”

The opposition should not be under any illusion about BJP’s commitment to Sena. “I have already held a meeting with Sena president Uddhav Thackeray and shortlisted some places for memorial.”

The chief minister touched upon all the contentious issues such as metro 3, save Arey colony, housing rights of Marathis, significance of Mumbai as International Financial Centre to show Sena and BJP were united in the government.

“(Former Deputy Chief Minister) Ajit Pawar said the ‘Jalyutka Shivar’ water conservation programme initiated by us was launched by their government. We have integrated 14 schemes for this programme,” he said.

“If at all credit has to be given for this, it should be to late Y B Chavan, who initiated the water conservation work,” he said.

Fadnavis said, “When we wanted to think of making Maharashtra toll free, the Central guidelines were to give concessions till 15 per cent. But, you (previous government) gave 15 per cent across the table. There was no buy back clause kept by you in the agreement with toll operators.”

“We have not given permission for setting up industries in river bed,” he said on claims by the opposition members that the government has altered river policy in this regard.

He said social justice is not a topic for giving speeches but should be seen from action.

The Congress-NCP regime did not make financial provision for socially backward classes, he added.

The government will probe financial irregularities in allocation of funds to private aided educational institutions and take strict action against those found guilty, he said.

“We will set up a comprehensive fee regulatory authority. We will show the scamsters their place,” he added.

The government has decided to boost forensic infrastructure by setting more forensic labs, which will increase crime detection and conviction rate, he added.

The Maharashtra-Karnataka border issue, Fadnavis said, “is one of our self pride.”

“It is a matter of pride that our ‘Marathi manus’ has once again become mayor of Belgaum (in Karnataka),” he said.

The motion of thanks for the Governor’s address was adopted in the House by voice vote.

In a first, GST Council holds a vote — for 28% uniform lottery tax

“I was a bit nervous about wearing a bikini” ​