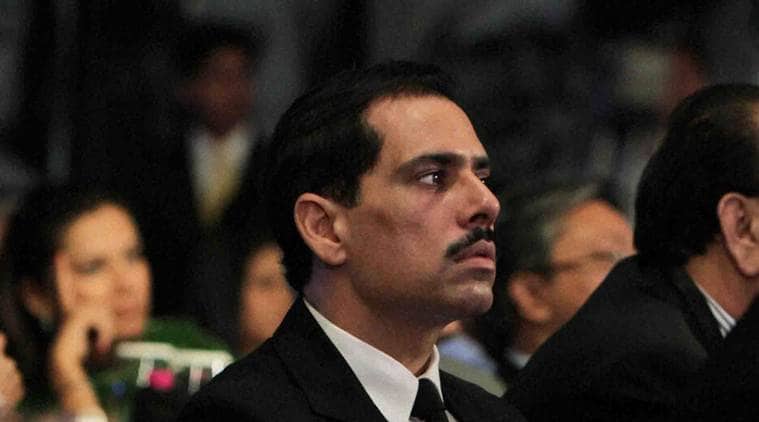 Before it arrested Dubai-based businessman C C Thampi in connection with a case of alleged money laundering against Robert Vadra, son-in-law of Congress president Sonia Gandhi, and absconding arms dealer Sanjay Bhandari, the Enforcement Directorate conducted an independent probe into land deals in Amipur village in Faridabad district of Haryana.

Other than Thampi, the banking transactions and alleged role of a real estate dealer, Harbans Lal Pahwa, were also scrutinized by ED as part of the probe. Pahwa had previously been a director in Real Earth Estates, a company owned by Vadra.

Thampi, according to ED, is an associate of Vadra and helped him invest in real estate assets in London — he runs Skylight FZE in Dubai which shares its name with a company owned by Vadra in India.

But long before this, there was another link. Land records of 2005, accessed by The Indian Express, show Thampi bought land from Vadra’s former aide Mahesh Nagar in Amipur village in Faridabad. Nagar pooled and purchased land for Vadra — he has been under the ED scanner since 2016 in connection with land deals in Haryana and Rajasthan.

“I pooled some land for him (Thampi) and helped in a few deals. But he (Thampi) bought most of his land in Amipur through local dealers,” Nagar told The Indian Express last year. He refused to comment on the nature of the association between Thampi and Vadra. Queries to Thampi and Vadra for comments also remained unanswered.

The ED has found that 42 acres of land were first purchased by real estate dealer Pahwa in 2005-2006 (in three parcels) and, in each case, sold almost at the same price to Vadra within months of the purchase.

The ED, after scrutinising bank accounts of Pahwa and land records of Amipur, has concluded that the profits were made by Vadra even before the registry of the land parcels, and that Pahwa had re-purchased the lands even when he had a negative cash balance in his accounts.

The ED found that around the time the transactions were being done, Thampi made a huge cash payment to Pahwa. This is what the ED has concluded: “C C Thampi who had financial dealings with Sanjay Bhandari had deposited cash of Rs 50 crores to H L Pahwa which was used for several land dealings and Robert Vadra is admittedly a friend of both C C Thampi and Sanjay Bhandari.’’

The ED has also connected the Amipur land dealings with agreements signed with the DLF Group for development projects in Amipur. The ED’s findings state: “It is a matter of record that Shri Vadra had admitted receiving Rs 5 crores as advance from DLF Group for arranging the land at village Amipur for the company.”

As reported by The Indian Express in April 2017, the DLF Group had also confirmed the proposed projects on lands belonging to Vadra but stated that the deal eventually fell through. The Indian Express had also spoken to Pahwa shortly after the original purchase of lands and he had admitted it was Thampi who asked him to re-purchase the parcels of land from Vadra.

A DLF statement to The Indian Express in 2017 had stated: “In 2008-09, Skylight Group offered us an opportunity to purchase a parcel of land in Faridabad and accordingly, DLF advanced Rs 15 crores in instalments. After concluding the due diligence, we found that there were legal infirmities in the land and decided against the purchase. Accordingly, we requested for refund of our advance which was refunded in totality by the Skylight Group.’’ China coronavirus claims 4 lives, WHO emergency meet on Jan 22: All you need to know